This webcast will be streamed using a teleconferencing platform called Zoom. If you have never used Zoom before, this short promotional video from the company explains the platform. We suggest downloading and installing the Zoom Client for Meetings if you are using a desktop or laptop. You can also watch the symposium from anywhere: the Zoom app is available for iOS and Android devices as well.

There is no cost to you to download and use Zoom to attend this symposium.

At this symposium we will explore questions about gender equality in our community. What is being done to address inequity? What can we do to ensure everyone has equitable access to the same opportunities? 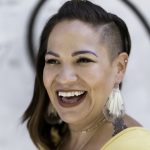 Vanessa Ambtman-Smith (Niizh Binesiwag, Two Thunderbirds) is of mixed ancestry (Nehiyaw and Métis) with roots in the Great Plains (Treaty 6 and 8 territory). As a 60’s scooper and Indigenous adoptee, she was raised within a Dutch and Trinidadian family, living in both Alberta and Manitoba. Walking between two worlds, she has worked in the field of Indigenous health for the past 17 years. She was the first Indigenous woman to be appointed to the London Police Services Board (2017-2019) and served on the Mayor’s Poverty Panel for the City of London. She supports ongoing Indigenous planning across Ontario, and as held key roles at a national level, including facilitation in the National Inquiry on Missing and Murdered Indigenous Women, Girls and QTIPLGB2S (2018- 2019). She was awarded the Indigenous Mentorship Network Ontario Scholarship in 2018 and 2019, is an Ontario Graduate Scholar, and is a Pierre Elliott Trudeau Doctoral Scholar (2019 – 2022). 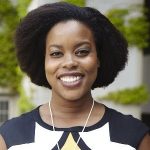 Dr. Melanie-Anne Atkins is a proven education innovator with a heart for holistic student development, anti-oppressive practices, and mental health literacy. Melanie-Anne brings her background as an accomplished performing artist and educator to every new opportunity as a sought-after public speaker and interdisciplinary collaborator. 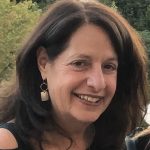 Dr. Helene Berman is a Distinguished University Professor Emerita in the Faculty of Health Sciences’ Arthur Labatt Family School of Nursing, a Fellow in the Canadian Academy of Health Sciences, and founding Academic Director of the Centre for Research on Health Equity and Social Inclusion. Her research program, funded by CIHR, SSHRC, and Status of Women Canada, addresses the subtle and explicit forms of violence experienced by women and children. She is currently working with colleagues in Canada and Rwanda to address gender-based violence, and more recently received funding for an Interdisciplinary Development Initiative focused on Global Health Equity. Helene is lead editor of the anthology Faces of Violence in the Lives of Girls (Althouse Press, 2014) and is the recipient of the Nursing Network on Violence against Women International 2015 Excellence in Research Award. 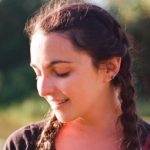 Julie B, is a co-founder, coordinator and Board Chair of SafeSpace London. Safespace is a drop in centre and community for, by and with sex workers and accomplices. She has been a community activist for over 20 years. In 2001 she co-founded ‘Unity Project – For Relief of Homelessness in London, Ontario’ with fellow youth activists and homeless individuals creating a tent city in a downtown park that led to the initiation of the Unity Project – a shelter service with a peer-supported community model. Since 2015, Julie has been a peer researcher in community-based projects, most recently an exploration of sex workers’ use of digital technology. She has been instrumental in activities across the province related to raising awareness about the harmful impacts of policing, criminalization and stigma in the lives of sex workers. 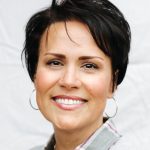 Councillor Maureen Cassidy is currently serving her second term as London City Councillor for Ward 5. During her time on City Council, Maureen has been a member of every standing committee of council. She is the current Chair of the Planning and Environment Committee. Maureen also sits on the Board of Directors for RBC Place London and is the incoming Chair of the Board of Health for the Middlesex-London Health Unit. Maureen had the honour of serving as Co-Chair of the Mayor’s Advisory Panel on Poverty during its seven-month long mandate. The Panel worked extensively with the community and with stakeholders to develop a comprehensive set of recommendations to address poverty in London. Several recommendations, like subsidized transit passes for low income earners, were executed within a year and many more have been or are in the process of being implemented under the guidance of United Way Elgin Middlesex. Maureen is a Queen’s Diamond Jubilee Medal recipient for community service and a graduate of Western University with a Bachelor’s Degree in French. 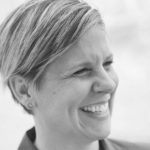 Dr. Jodi Hall has been a volunteer and researcher with SafeSpace London since 2014, and is a full-time professor in Doula Studies and the Western- Fanshawe Collaborative BScN Nursing Program at Fanshawe. Her activism has centred around reproductive justice, trauma, social exclusion, sex work, ethics and criminality. She has been as a frontline counselor with survivors of trauma and violence for more than two decades, and brings the knowledge shared with her from community into her academic work aimed at dismantling systems of oppression. Through her professional work, Jodi has contributed to numerous research studies and publications on health inequities among criminalized women, trauma and the transition to parenting, and a housing first approach for women, using approaches that actively engage community members as indispensable partners. She sees her activism as an inextricably linked to academic work. 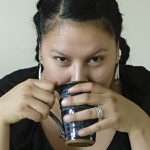 Jenna Rose Sands is a Cree Anishinaabe artist who is turning her emotional exhaustion over the current state of Indigenous affairs into informative zines that educate and question wide spread prejudice toward Indigenous people. Focusing each zine on the experiences and stories of Indigenous people in Canada who have endured a multitude of atrocities committed by the Canadian government, Jenna Rose is able to pair words with dynamic mixed media works for a final result that is both powerful and visually engaging. An ongoing series, Jenna Rose is trying to change language and the narratives around Indigenous people and the issues surrounding them one zine at a time. 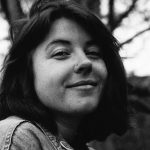 Taylor Holden is a singer and songwriter out of London, Ontario. With a real passion for ridiculous anecdotes and important topics (see: drinking milkshakes, destroying the patriarchy), Holden intertwines everything with infectious melodies that’ll stick to your brain like the gum on your shoes.

Ahead of this symposium, we are compiling a community-generated reading list about gender equality. Check out the list and add your recommendations here.

Dr. David Williams, Ontario’s Chief medical officer, has called for the suspension of gatherings of over 250 people. The Grand Theatre has suspended its 2019-2020 season, which includes hosting the City Symposium on Gender Equality on March 31. Western University has also implemented the policy.

Because of these developments, the City Symposium on Gender Equality will continue as a live webcast only. The livestream will start at its original scheduled time (6:40 PM to 8:30 PM) on March 31.

Further details about how to view and take part in the symposium will be available shortly. Please sign up to receive further updates and instructions on viewing and participating in this symposium.

The City Symposium is a collaboration between…